Well at 5am this morning I was up doing battle with the wasps!

I managed to get the powder in and then stood back and satisfyingly watched them go nuts!

I was so absorbed in my smugness I didn't notice a stealth bomber sneak round the back of me and sting me - IN THE BUM!!!!

Of all places!  Right through my pjs!

As I dabbed on the vinegar, all I could think of was Forrest Gump when he said he'd been 'shot in the buttocks!'

Thankfully I'm not allergic, and my mission seams to have been a success!  Phew! 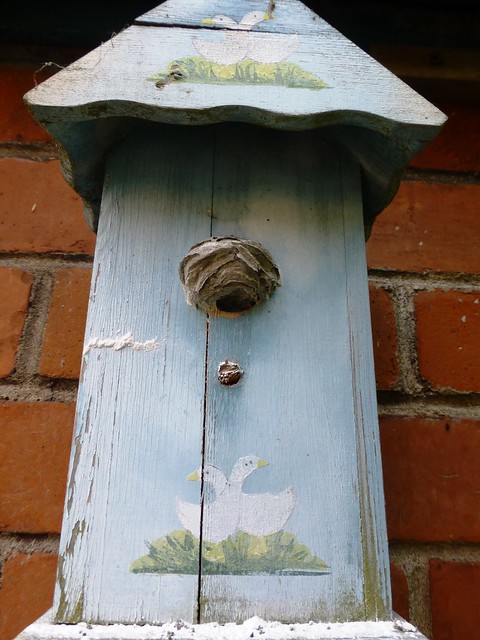 In other news, I'm finally able to show you the FQR name tag I made for Jennie, one of my Brit Bee buddies. 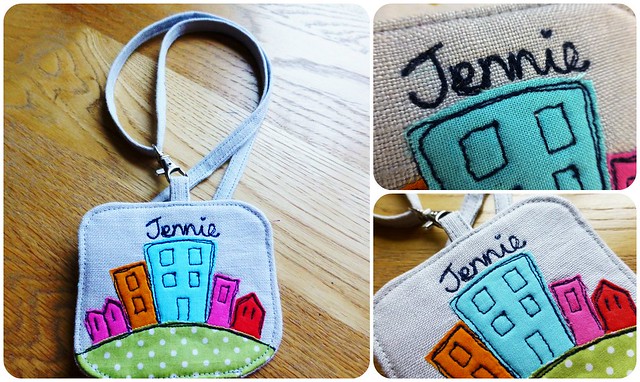 Jennie is an architect and the city skyline design is based on Jennie's own doodle for Ceri's month in Brit Bee, which you can see in the middle of her block here.

I was getting worried that it had got lost in the post, as I hadn't heard anything for ages. But Jennie was on holiday and I'm pleased to say she loves it (well she designed it after all!).

I have now revealed 2 out of 5 of the secret sewing projects I've been involved with.  More to be revealed very soon!