I think it's time I said farewell to summer!

We have enjoyed an Indian summer here, but temperatures are starting to drop and I'm feeling the need for an extra layer!

So just enough time to show you my last 'summer' quilt. 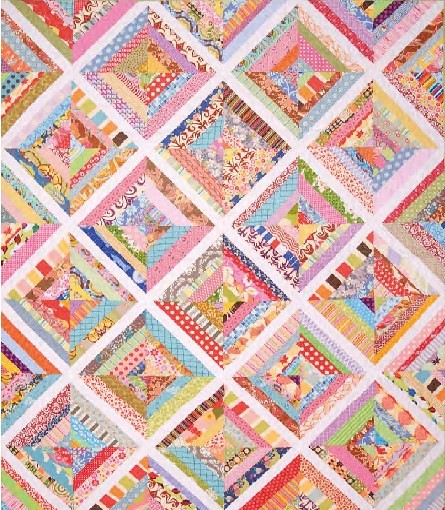 This is imaginatively called the 'Scrappy Strips Quilt' ('it does exactly what it says on the tin!'). Scrappy quilts are my all time favourite, and I had so much fun one weekend delving into a pile of scrappy strips and sewing them together. 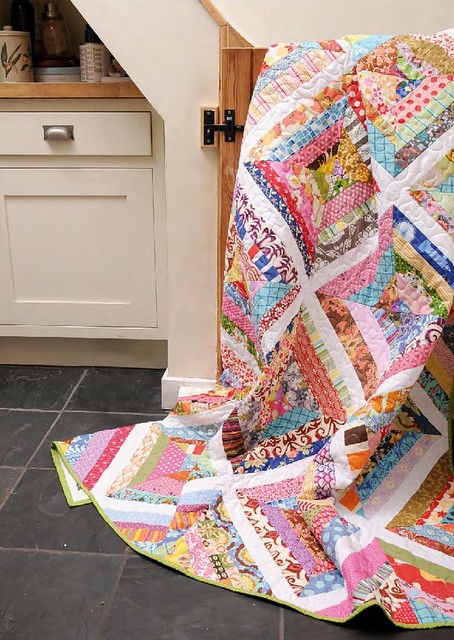 The coloured strips are of varying widths and very little thought went into what strip got sewed on next.  I don't even like all of the fabrics in this quilt, but I LOVE the finished look.  That's the magic which happens when a little bit of courage and random fabrics get mixed together.I love making strip pieced blocks.  I used 2" white strips through each block, but that's pretty much where the uniformity ends! 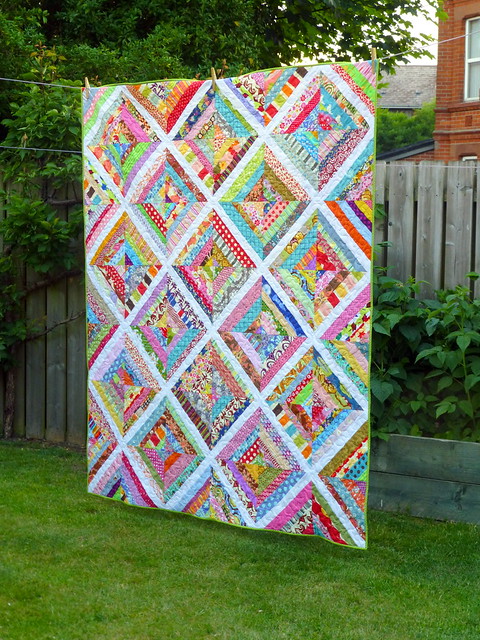 The quilt is currently in the September issue of British Patchwork & Quilting Magazine, and measures a decent 66" x 77".  I could easily have gone bigger, I hardly made a dent in my scraps! 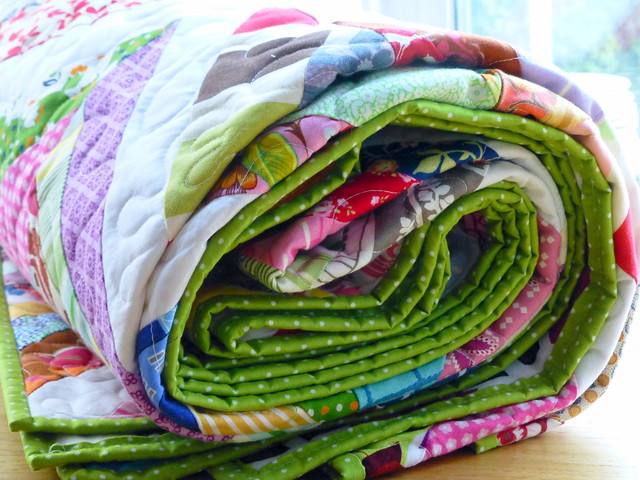 So it's goodbye summer, and hello beautiful Autumn!