Once upon a time, in the days before lockdown, I visited an Irish linen factory and purchased some small offcuts of charcoal blue medium weight linen (among other things, ahem!). 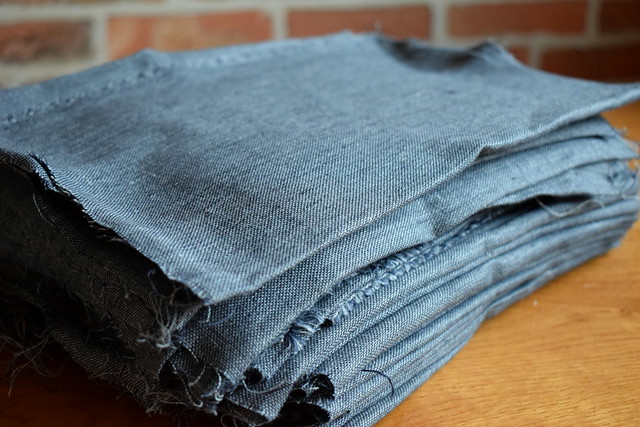 I immediately fell in love with the muted tones of this linen and thought a striking white thread would contrast beautifully with it!

And that started my pursuit of a series of small sashiko designs which I could stitch and frame as a set. 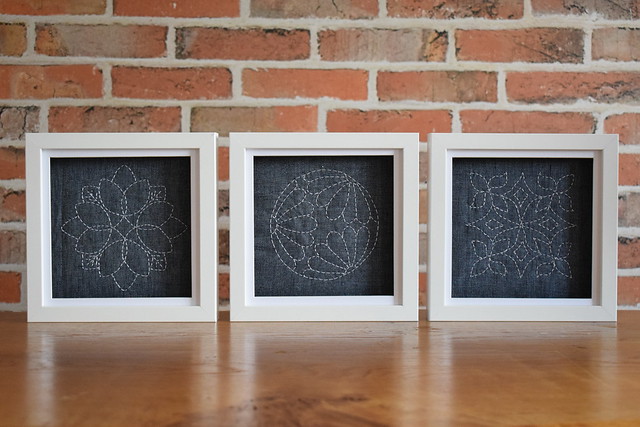 I found a few free designs I liked on Pinterest and played around printing out various sizes.  I settled for 6" designs and cut out my linens at 7.5".

Then came the problems!! 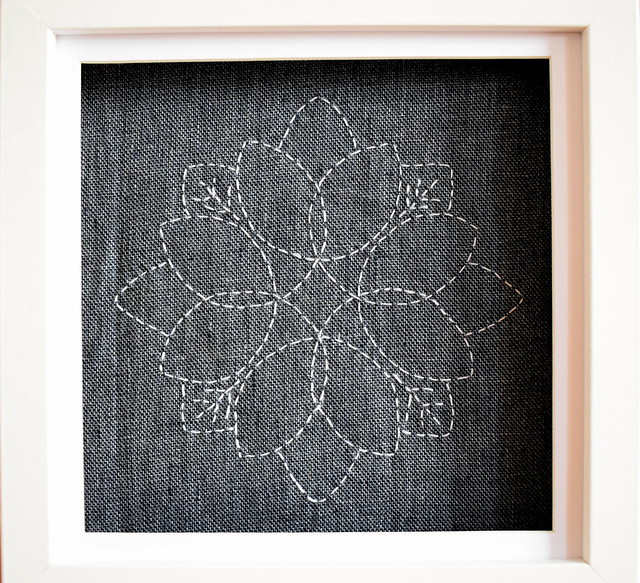 Trying to transfer the designs onto this medium weight linen proved tricky!  First I tried my lightbox, but the linen was too dense to allow the design to show through enough to trace!

My pattern transfer pen is dark purple and wouldn't show up on the linen. 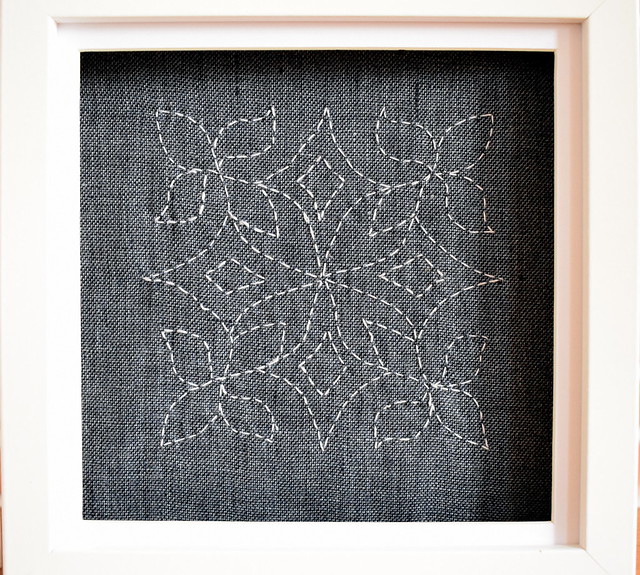 So after watching a few YouTube tutorials I ordered some yellow carbon paper.  I traced the design through the carbon paper onto the right side of the linen. But the yellow pigment barely left a mark! 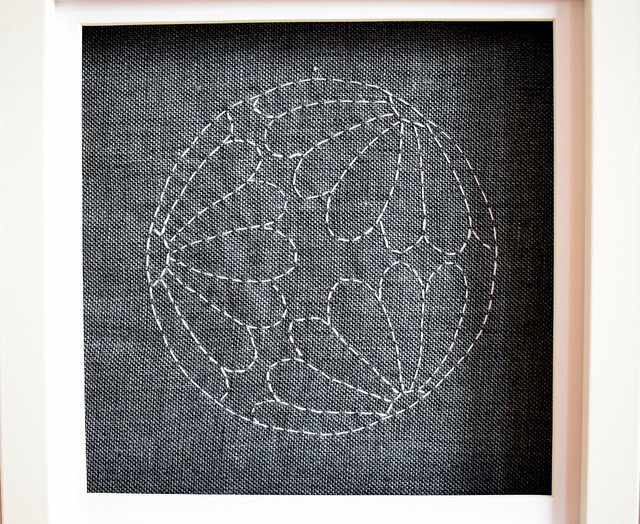 So the only option I felt I had left was to trace the design onto baking paper, sew through the paper, and then tear the paper away at the end.  I wasn't too keen on this idea because hand sewn stitches are much less secure than machine sewn stitches and could get pulled out of shape. 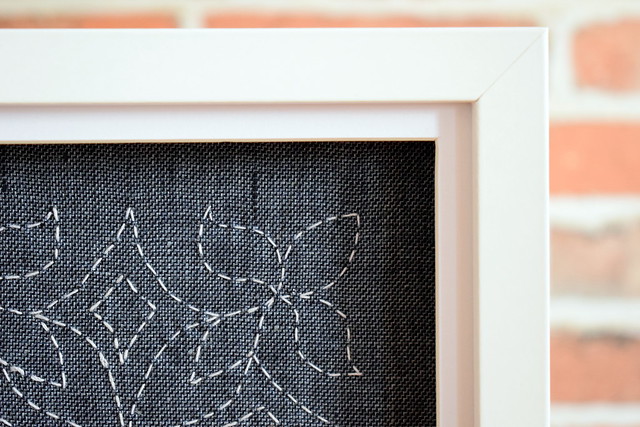 So I fused some woven interlining onto the back of the linen and tried one design to see if I could get away with it, and bar one or two stitches that needed 'settled down' again after removing the paper, it worked relatively well. 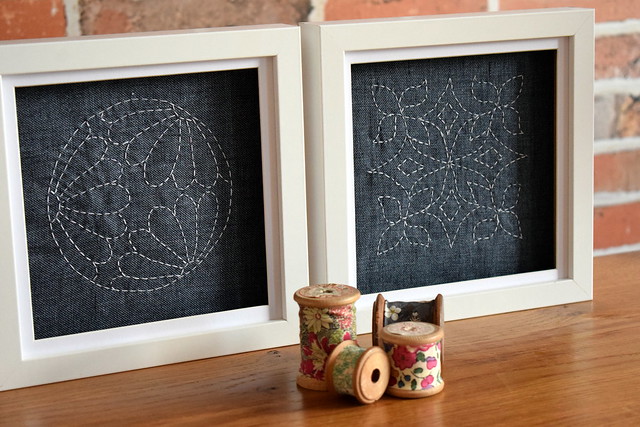 I didn't have sashiko thread so used an old spool of fine crochet cotton instead!!

And the 7.5" box frames came from Hobbycraft today, so I wasted no time getting them framed and photographed (I took out the glass for the photoshoot!). 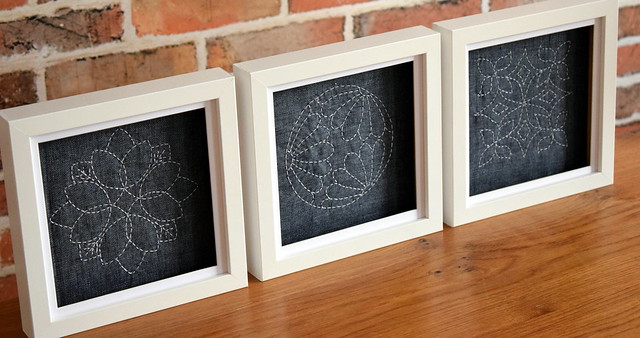 All I need to do now is decide where to hang them!!