An extra half inch!

Now that my classes have finished (some finishes to show you when I work out how to get pics off my phone - don't ask!) my attention is turning to making Christmas presents.

I don't want to hear that I've less than 2 weeks to make them!  Fingers are in my ears!  Lah lah lah lah!

I decided to make my dad a cushion for Christmas. 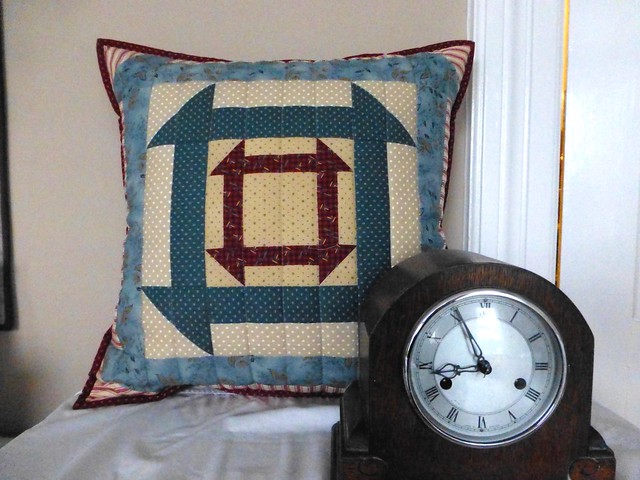 The story behind this gift is 3 fold:

1. The cushion is made with the leftovers of the Civil War quilt I made for Dad's 70th birthday last year, albeit a limited selection with a few extras thrown in!

2. I've been wanting to make a double churn dash block for a while, so decided to go one further and turn it into a triple! (This tutorial was really helpful.) I just wish I could have done the outer churn dash in red, but didn't have enough repro fabric unfortunately.

3. My dad has been so generous & good to me these past few months, so I really wanted him to have something comforting and squishy to enjoy!!  Feel the lurrrrrv!

This is a 20" cushion, which I've made so many times before, that I was in auto-pilot when I made and trimmed down the back to 20", forgetting that I needed to leave an extra half inch. Why?  Because of these ... 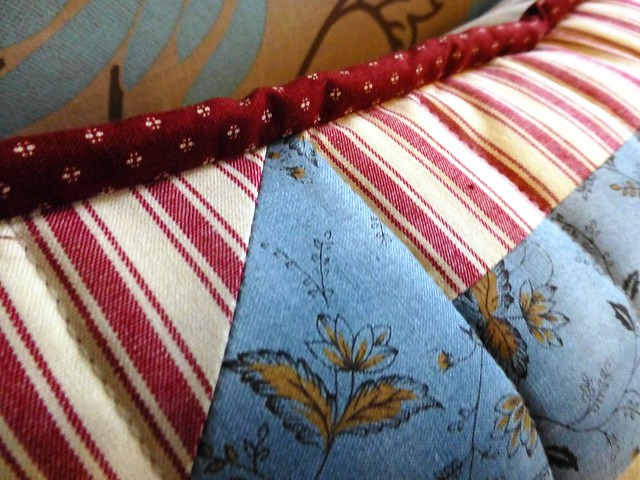 Bummer!  Lost the points on my outer churn dash.

But as my dad doesn't know his churn dashes from his moustaches I'm hoping he won't mind!!

And so, on to the next present!